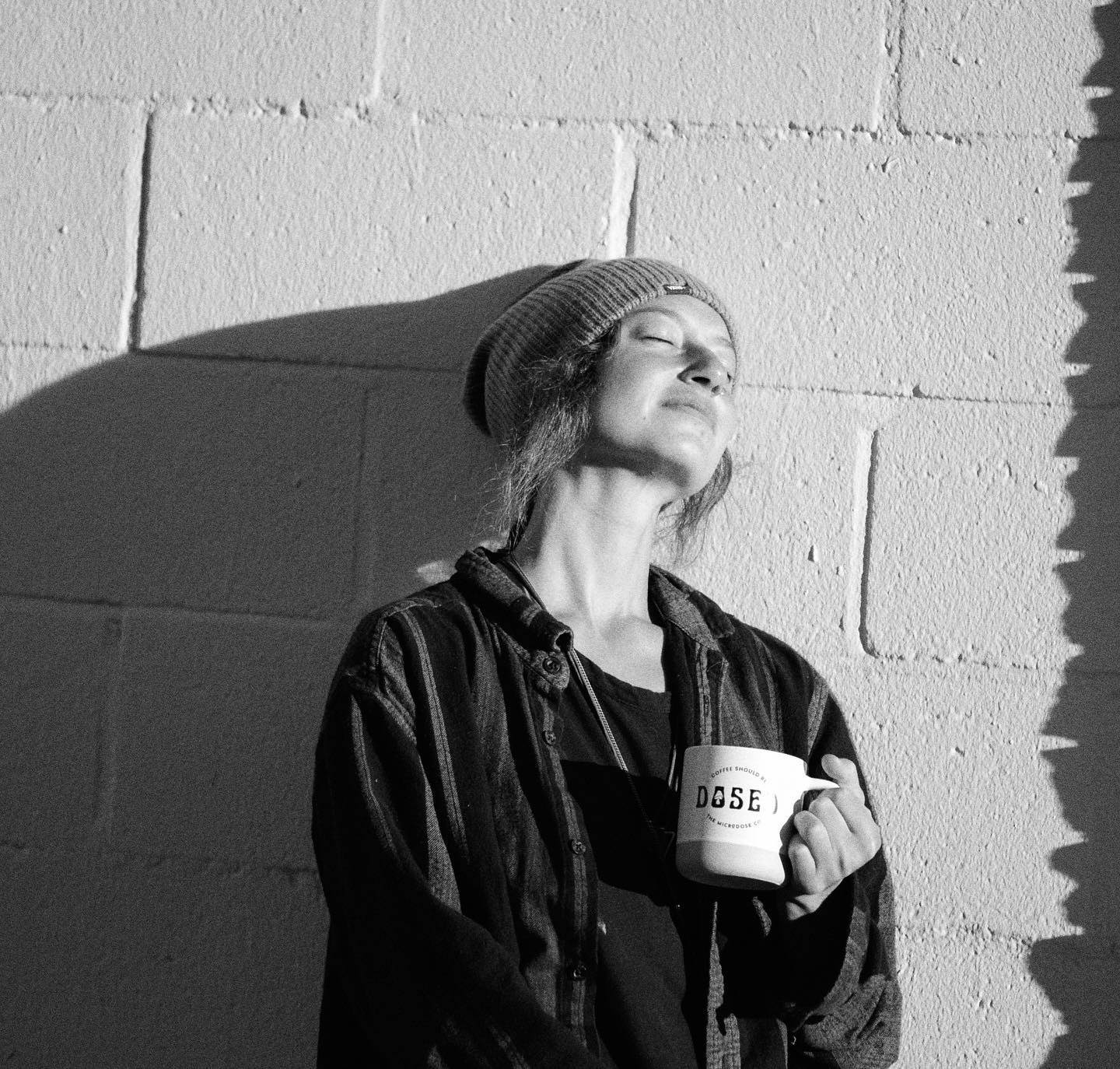 It's not all in your head.

Welcome to the 21st century. The age of uncertainty yet limitless possibilities. The age where existential questions are asked and societal expectations are high.

The century of mind expansion, mind contraction and mind-boggling concepts all being perceived at once. Well of course- the mind unravelled, is the road less travelled.

According to the CDC, more than 50% of Americans will be diagnosed with a mental illness or disorder at some point in their lifetime.

This is a staggering statistic and must be taken seriously. The overwhelming anxiety, depression, despair and fear have become palpable, noticeably exacerbated by the pandemic. It is safe to say, we are all losing our minds in one way or another. Although it is all a bit unsettling, there is an urgency to turn inward. A call to learn about our mind and our potential.

Now, let us focus on the most complex object known in our universe, the human brain.

Nootropics, generally referred to as “smart drugs” due to their super power to work with the mind, is a portmanteau of the Greek words nous ("mind") and trepein ("to bend or turn"). It was coined in 1972 by Romanian chemist Corneliu Giurgea, who invented Piracetam, an early cognition-enhancing drug said to improve memory and learning. He accurately stated “Man will not wait passively for millions of years before evolution offers him a better brain.”

Enough said. We are all ready for an upgrade, a reprieve, and a more friendly relationship with our minds.

So I'm sure you're curious... is there one Magic Pill that can lift us out of our misery?
Well, no but that's the intention here.

The thought of accessing 100% of our brain and becoming the best version of ourselves would be ideal and has been a collective goal for decades-- as popularized by the movie, Limitless. Don’t jump to buy every smart drug out there though.

Many things are considered a nootropic all the way from turmeric root to LSD. Some are dangerous and highly addictive, like methamphetamines while others are medicinal and regenerative to the brain like Lions Mane.

“Man will not wait passively for millions of years before evolution offers him a better brain.”

Nootropics, generally referred to as “smart drugs” due to their super power to work with the mind, is a portmanteau of the Greek words nous ("mind") and trepein ("to bend or turn").

The term was substantiated by anything that:

However, now in 2020 the definition of a nootropic has expanded to anything that helps the brain in any way.

This is how they can help:

Nootropics are essential ways to help boost the brain in all the right ways listed above. They are a key for us to understand how to work with our minds, rather than be at the whim of our current mental state.

For example, Modafonil is one of the most famous nootropics amongst high performance individuals ranging from Wall Street to Silicon Valley. It has even been coined as the real life limitless pill :)

Also, there is a phenomenon called "Nootropic Stacking".

Nootropic stacking is finding the perfect combinations of mind-expanding compounds to potentiate the benefits and decrease the side-effects. The synergy is greater than the sum of the parts separate.

Want to know the safest and most effective nootropic stack? Caffeine + L-theanine.

Caffeine is the most widely consumed psychoactive on the planet, with coffee being in the lead. Coffee, consumed wisely, is the nectar of the Gods to many. It is known to promote alertness, wakefulness and speed up reaction time. Some even say that it can reduce the risk of some cancer.

Unfortunately, we most of us are addicted and caffeine has its negative side effects. Many feel restless, anxious and jittery when caffeine is consumed.

However this can be fixed. When caffeine is combined with L-theanine, caffeine's adverse side effects are mitigated and the beneficial aspects of it are exasperated.

L-theanine is an amino acid derived from green tea. It has the magical power to work on both sides of the sleep cycle, especially when paired with caffeine.

Together, this pair is a match made in heaven.

Caffeine + L-theanine is clinically proven to: 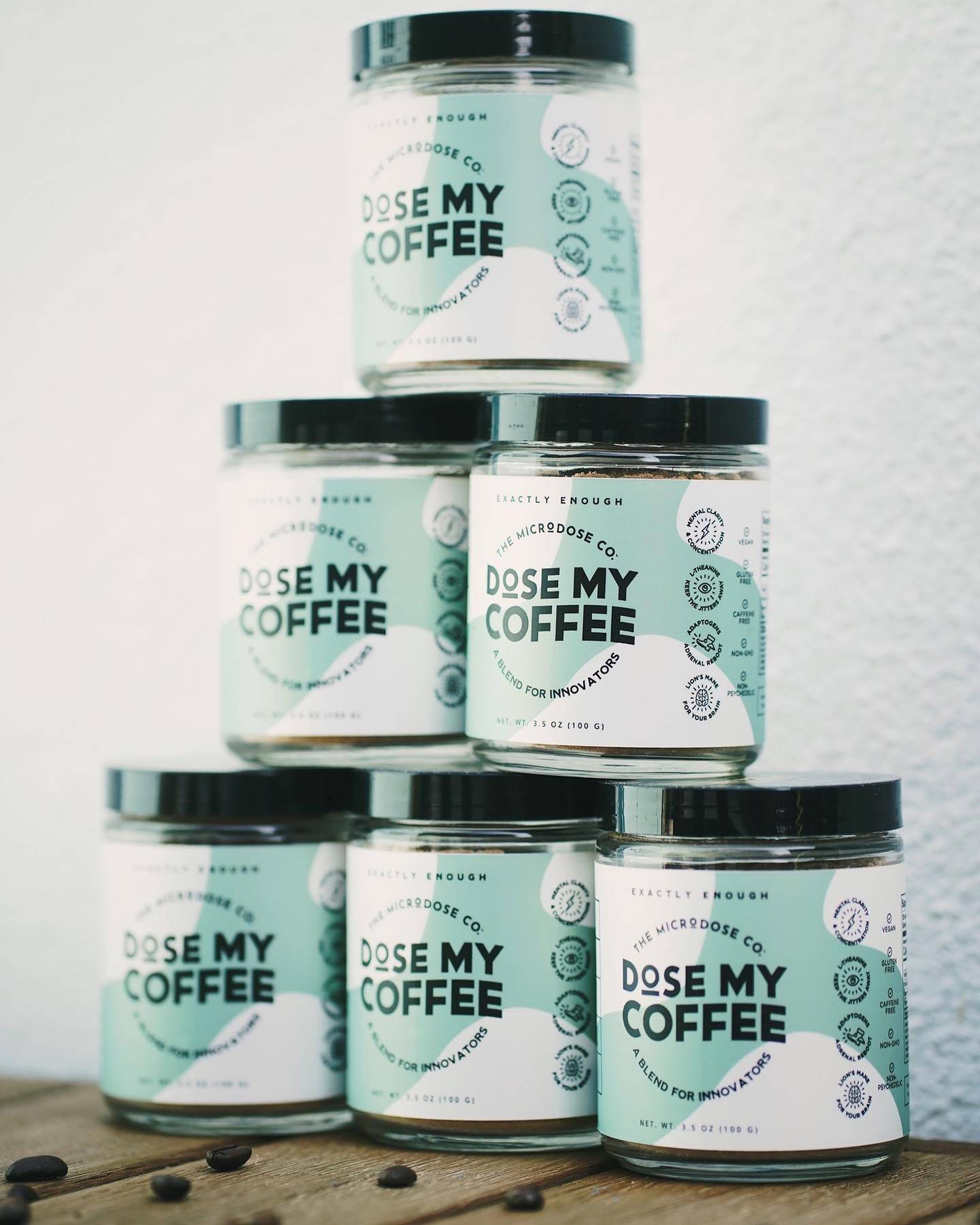 So there you have it and now we made it super easy for you. Dose My Coffee is apre-measured dose of L-theanine + supporting adaptogens to add to your favorite cup of coffee. Do more, do better, drink coffee.